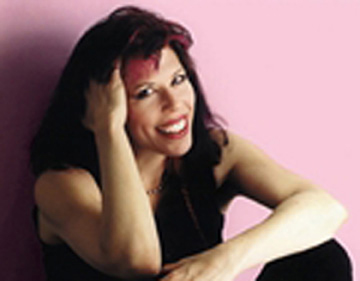 CLARE COOPER is a singer/songwriter/keyboardist who performs as a solo artist, band member and musical director. A graduate of Berklee College of Music as well as the New School’s Creative Arts Therapy program, she is an award-winning songwriter with two CDs, “Northern Drive” and “Valentine.” She is the composer of musical comedies “How To Marry A Divorced Man” and “Black Crook,”with book and lyrics by Bryan Leys.

Theater credits include musical director for “Tony ‘n’ Tina’s Wedding,” “Jaws! The Musical” and 2014 Fringe Festival favorite “Urban Momfare,” and Assistant Musical Director for “Memphis.”  TV credits include “Queer Eye for the Straight Guy” and AMC’s “Into Character.” She has been musical director/arranger for cabaret shows at Don’t Tell Mama, The Duplex, Rose’s Turn and the Laurie Beechman Theater, and is keyboardist of country band Miss Babs and the Kickin’ Boogie Band.  She has worked as a teaching artist in the NYC.