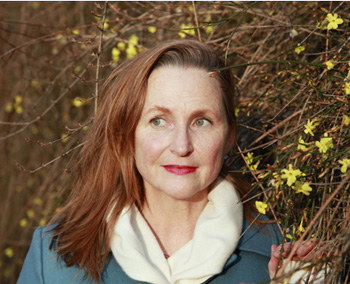 Deborah Berg is a New York City-based singer/songwriter and teacher whose distinctive voice, songwriting talents and warm teaching style characterize her 25 year musical career. She is proud to be an official Martin Guitar and Sennheiser endorsed artist.

Deborah has recorded 5 albums. The newest single, “Goin Nowhere” on her solo CD, “No Rush” (2012), played on over 87 terrestrial radio stations. Deborah was a featured ARTIST TO WATCH on iHeartRadio. She previously recorded three albums with her duo, Eye to Eye. The first two, under the Warner Brothers label, were produced by Gary Katz (Steely Dan). The third album, Clean Slate, was produced by Rhett Davies (Roxy Music).

Deborah has collaborated with her Eye to Eye music partner, Julian Marshall, on “Twelve Songs,” a weekend songwriting workshop offered in the UK through the London Song Company, and has also led songwriting and singing workshops in New York City. In 2012, she was a guest songwriting teacher at Middlesex College in London.

She sings with her band, with the vocal trio, Dusty, and with the Middle Church Jerriese Johnson Gospel Choir.